The striking livery that has been applied to the latest Class 69 No. 69004 to be released to traffic. Bob Tiller

GB Railfreight has released its latest Class 69 from the paintshop at Eastleigh Works in a striking and unusual colour scheme!

Recalling the days when British Rail's Research Depot at Derby had its only distinctive livery, GBRf Engineering Strategy Director, Bob Tiller, has masterminded yet another modern take on an historic colour scheme. Inspiration for the design came from GB Railfreight now operating the Rail Innovation and Development Centre (RIDC) at Old Dalby, although the locomotive will form part of the normal Class 69 operating fleet, with no special duties.

The locomotive is due to leave Eastleigh Works at 16:00 on 17th February, heading to Brighton, via Portsmouth! Full timings are available on Real Time Trains. 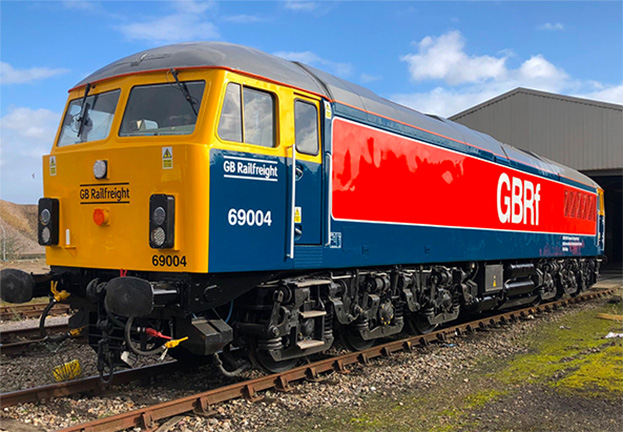 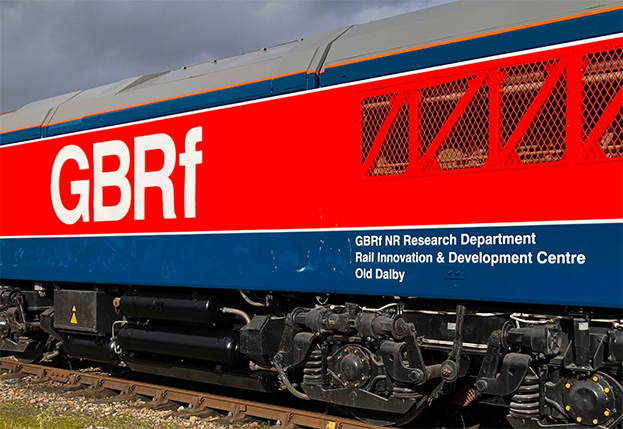