The latest GBRf Class 66/7 to roll out of the paint shops at Eastleigh Works, a replacement for the previously written off No. 66734, has gained Platinum Jubilee livery. Bob Tiller

GBRailfreight has outshopped its latest EU Class 66 conversion from Eastleigh Works in a stunning new livery.

The locomotive, previously No. PB04 in Europe, has taken the identity of Class 66/7 No. 66734, which was written off in a landslide adjacent to Loch Trieg in 2012, is the 100th member of the class acquired by GBRailfreight. 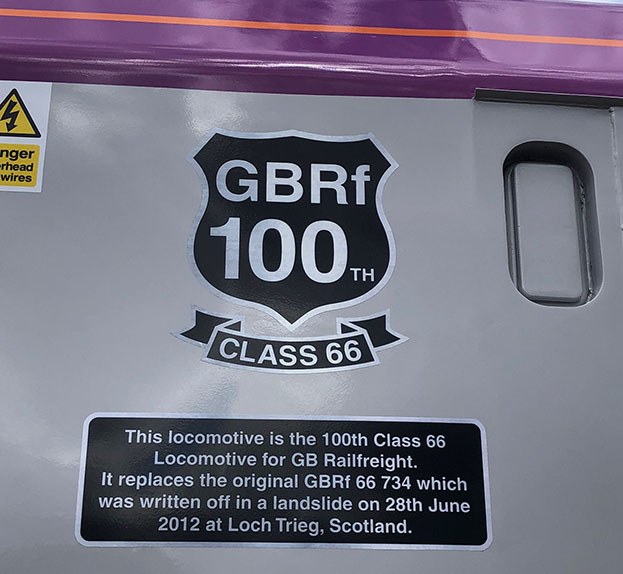